Wetlands in an Urban Landscape: The Red Lion Watershed

Most of our wetland assessments throughout the years have been in central and southern Delaware, but in the summer of 2017, our Wetland Monitoring and Assessment crew went north to perform wetland condition assessments at 116 wetlands in the Red Lion watershed. From protocol updates to navigating wetlands in a highly developed landscape, we certainly faced many new challenges. This year we finished analyzing the data from that summer, and now we can truly reflect on what we have learned! 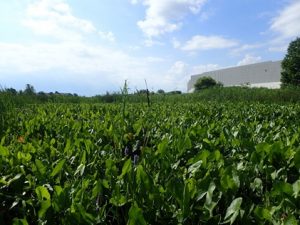 A tidal freshwater wetland in the Red Lion watershed that is bordered by industrial development.

Knowing that we would encounter many tidal freshwater marshes in the Red Lion watershed, we decided to update our tidal assessment protocol to incorporate those wetlands. To do so, we examined slightly different features for freshwater and saltwater tidal wetlands. We then graded them all on the same scale and combined them into one category for tidal wetland condition analyses. We were able to pilot test our updated tidal protocol (MidTRAM v.4.1) and learn a lot more about tidal freshwater wetlands in the process!

Wetlands in the Red Lion watershed are suffering 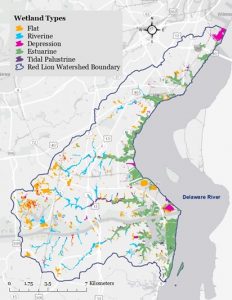 Wetland types in the Red Lion watershed based on 2007 state wetland maps.

The Red Lion watershed is in northern Delaware in New Castle county, encompassing 72 square miles. It includes part of the C&D Canal in the southern part of the watershed and Lums Pond State Park in the western part. In addition, it includes the populated areas of New Castle, Delaware City, Red Lion, and part of Bear.

In terms of land cover, the watershed is dominated by development, agriculture, and wetlands. Based on 2007 wetland maps, over half (54.9%) of wetlands are tidal, including saltwater wetlands (estuarine) and tidal freshwater wetlands (tidal palustrine). The rest of the wetlands are non-tidal flats (24.9%), non-tidal riverine wetlands (13.7%), or non-tidal depressions (6.5%). Overall, the watershed scored very poorly, receiving a D+ letter grade. Riverine and flat wetlands were in the best condition, with both wetland types receiving a B-. Depression and tidal wetlands were in much worse condition, receiving a D and a D-, respectively.

Urbanization comes at a price

Northern Delaware is more heavily developed than most of central and southern Delaware, which is dominated largely by agriculture. This makes northern Delaware a very different landscape within which to study wetland condition. In fact, we found that development, clearing for future development, and highway construction were by far the leading causes of wetland acreage loss in the Red Lion watershed between 1992 and 2007. Most wetlands that were gained during that same time period did not have any vegetation and were surrounded by development, limiting their ability to provide useful functions. 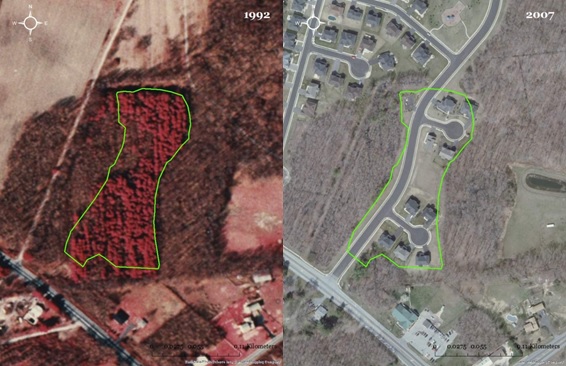 Example of a mapped non-tidal wetland loss (outlined in green) to development between 1992 (left) and 2007 (right). 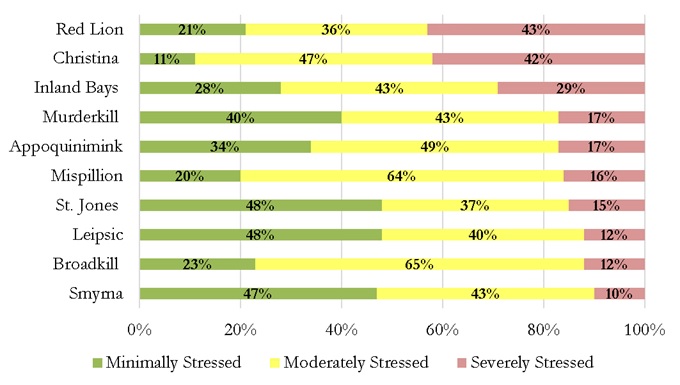 One of the most widespread problems that we observed across all wetland types in the Red Lion watershed was the lack of natural surrounding land, or buffer. Development, roads, mowing, and other disturbances were commonly found in landscapes surrounding Red Lion wetlands. Without natural buffers, wetlands are more likely to experience issues like pollution and lack of suitable wildlife habitat. Tidal wetlands will also be unable to migrate inland as sea levels rise. 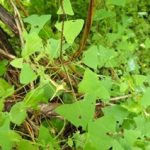 A flat wetland in the Red Lion watershed covered in the invasive plant mile-a-minute.

Like we have seen in many other watersheds, all wetland types in the Red Lion watershed suffered from the presence of invasive plant species, such as the European reed (Phragmites australis) and Japanese honeysuckle (Lonicera japonica). Invasive plants crowd out native plant species and reduce habitat value for wildlife that rely on native plants.

Many tidal wetlands also suffered from things like low plant species diversity and low marsh stability. Some non-tidal flats were ditched, causing water levels in those wetlands to be lower than they would be naturally. Numerous depressions contained nutrient indicator plant species. This suggests that many depressions may have had unnaturally high levels of nutrients within them from pollutant sources.

There are always ways for YOU to help wetlands!

As you can see, wetlands in the Red Lion watershed are in poor overall condition and they need your help! You can manage invasive species on your property so that they don’t expand into nearby wetlands. If you need help identifying plant species, you can download the Delaware Wetland Plant Guide for free! Other important things that you can do are to preserve or restore wetlands and wetland buffers on your land. You can also incorporate nature-based landscape designs where appropriate, such as living shorelines, rain barrels, or rain gardens. Additionally, you can help curb effects of pollution by limiting use of fertilizers and pesticides on lawns and gardens, washing cars on grass, and properly disposing of pet waste and chemicals.