Wetlands & State of the Bays Report 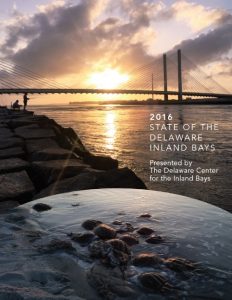 Cover of the 2016 State of the Delaware Inland Bays Report.

In November, the Delaware Center for the Inland Bays (CIB) released the 2016 State of the Bays report, a 70-page compilation of environmental data about the Rehoboth, Indian River and Little Assawoman Bays and their watershed.

In assembling this report, we considered thirty-five environmental indicators to determine the health of our watershed. As you may have guessed, one of these indicators is salt marsh acreage and condition.

So what did we find? Our salt marshes are slowly disappearing – and with more than one culprit responsible.

Urbanization & Development
Perhaps the most well-known cause of wetland loss is urbanization and development.

Between 1938 and 1968, about 22% of the Inland Bays’ salt marshes were lost to excavation and filling for development. Luckily, this trend has slowed due to Delaware’s 1973 Wetlands Act which legally protected salt marshes.

Still, in the last five years, developed areas in the watershed increased by 7.8 square miles (11%), replacing agricultural lands, upland forests, and wetlands. And with the population of the watershed projected to increase in the coming decades, the demand for land is sure to continue.

Currently, most direct destruction of salt marsh in the Inland Bays watershed has been halted. That means that the recent cause of marsh loss is a different beast altogether.

The Drowning Marshes
Since 1992, there has been a noticeable increase in the amount of open water in the interior of our salt marshes. While such open water pools are not completely uncommon, the amount of water trapped in them is excessive. Our marshes are slowly drowning. 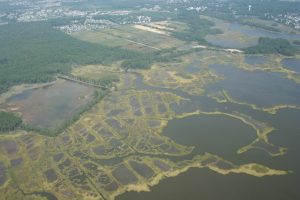 There are actually thought to be two causes for this phenomenon: sea level rise and old ditches.

As you would expect, sea level rise is slowly causing the marshes to be underwater more frequently and for longer periods of time, as higher tides flow in and out of the Indian River Inlet.

The old mosquito control ditches are contributing to this drowning. These ditches were intended to control mosquito populations by allowing water and fish into an otherwise marshy area, where they can feed on mosquito larvae. Now too much water is getting into in the interior marsh, where it becomes trapped.

Between these ditches letting too much water into the marsh, and sea level rise creeping up higher, these important habitats are slowly becoming lost in the waters by which they once thrived. 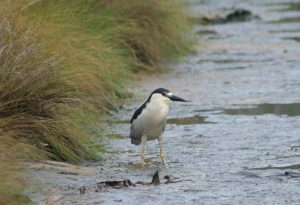 This means that we are losing protection from flooding and erosion, our natural filter for pollutants, and important carbon storage. But the loss of marshes is also harmful to water quality, as well as living resources in the Bays.

Activities to protect natural habitats in the Inland Bays watershed have nearly stalled since the previous State of the Bays report was published in 2011. Our wetlands are disappearing. As we look to the future, it is obvious that funding and incentives for conservation, enhancement of forested buffers, and wetlands protection are gravely needed. 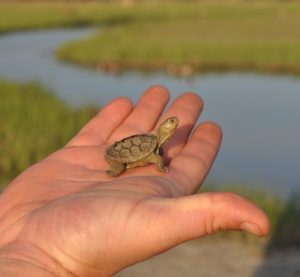 What can we do?

To read the 2016 State of the Delaware Inland Bays Report, visit www.inlandbays.org/stateofthebays.