Seeing the Marsh through the Forest 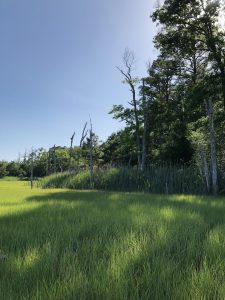 Figure 1. In the Delaware Estuary, there’s still a number of places where forests border tidal marshes, like this example from NJ.

Sea levels are rising in the Delaware Estuary– we’ve already observed its effects. Over the last couple decades, we have seen dramatic losses of tidal marsh acreage and documented the death of trees bordering those tidal marshes. We know that the last hope for a lot of marsh might be their migration upslope into forests. We suspect, however, that the forest might have to give way first.

Learning from our past

At only a few millimeters a year, the small changes caused by sea level rise are difficult to see, especially in forests. How do we study those small changes? Luckily, trees still surviving along the tidal marsh edge have been recording environmental conditions since they were saplings (Figure 1). We can learn from the past.

Trees in our area grow wood in rings every year. In the spring, this wood is light and as fall approaches, the wood becomes darker before the tree stops growing for the winter (Figure 2). In good years, the tree might grow more. Likewise, in bad years, the tree might grow only a little, or not at all. Finding patterns of bad growth years allows us to figure out what events caused the trees to grow less– perhaps because it was a drought, maybe insects were eating too many of their leaves, or perhaps there was a big storm that flooded the forest with salty water. 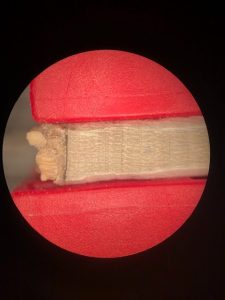 Figure 2. Growth rings in an American holly– on the left is bark separating the not finished 2018 growth ring. Can you spot which ring was laid 2013, after Hurricane Sandy?

What does the future hold?

If certain forests get flooded with a lot with salt water, and trees grow less because of it, they will not be as quick to recover from future floods. Groundwater and soil moisture will change. This means that the forest, and the types of trees in it, will also change.

Sensitive trees will die off first, then only certain trees will remain. Eventually, the margin of the forest will contain no living trees and the soils will be wet enough for marsh grasses to move in. Bad news for the forest, but great news for the marsh! My research focuses on developing an understanding of how trees adjust to coastal hazards (like storm surge or sea level rise) and what this might mean for the future of these forests (and the marsh!).

To study growth patterns in trees, a very small, narrow core is extracted from each study tree (Figure 3). So far, I have studied pitch pines (Pinus rigida) and American hollies (Ilex opaca), both of which are common near tidal marshes (elevations that are less than 3 m or 3.3 yd above sea level).

In the near future, I’ll expand these studies to red cedars (Juniperus virginiana) and maybe loblolly pines (Pinus taeda). I’m using x-ray fluorescence to help identify chemical elements that have been stored in the wood to pinpoint changes the trees may have experienced over time. Since salt water has unique chemicals compared to freshwater, we can get a sense if salt water flooding has become a more regular event through the tree’s life. 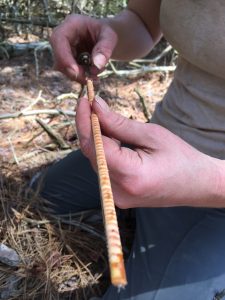 Figure 3. A tree core freshly extracted from a pitch pine.

The most major flooding event in the last decade was undoubtedly Hurricane Sandy, which made landfall in NJ at the end of October 2012. In the Delaware Estuary surge tides peaked well over 2.5 meters (2.7 yards) for two consecutive days. Many of the trees I’ve been studying grew less in 2013, the year after Hurricane Sandy. This seems perplexing, but the hurricane hit at the very end of the growing season. The salt water flooding likely impacted the soil into 2013, so that trees struggled most the summer following the Hurricane.

I also see less or no growth in 1996. This year was actually one of the wettest years on record, and in other nearby locations, trees did remarkably well. Could too much rain in 1996 have led to overly wet soil in these low lying forests? I’ll be studying this more to see if there’s a coastal-connection.

Data from x-ray tests show trees can manage chemicals in their living tissues, and sometimes, whether conditions were good for uptake of micronutrients, like iron, calcium, and sulfur. When a forest floods with sea water, it introduces different components to the soil. This process can lead to an increase in the availability of iron, because of the extra moisture, as well as sulfur.

So far, I’ve tested four different trees using x-rays that varied from 4 to 34 meters from the marsh edge. Although these chemicals change from year to year, trees closer to the marsh seem to have consistently more iron and sulfur in their wood, but haven’t been growing any more or less than the other trees relative to their sizes. I’ll need more data to see if this patterns can be found in other trees, in other areas.

Although the overall short term prognosis of low lying coastal forests is still hazy, we’re working to better understanding the impacts of salt water flooding and sea level rise. So far, it looks like the changes to forest ecology caused by sea level rise are subtle. Trees can withstand quite a bit of environmental stress and are pretty resilient to change. It may take a couple decades to see more noticeable forest loss caused by sea level rise, but the impacts of storm surge could be more destructive and more immediate.

In general, forested areas may become wetter or swampier as sea levels rise, without very noticeable rates of tree stress or death caused by salt water. But if storm events bring and hold a lot of salty water in specific forests, we might see a lot of tree death in a short amount of time at that location (but maybe not others). If we cross walk both scenarios, we might see that forest loss and conversion into marsh will first happen mostly sporadically, starting where forests are most vulnerable to storm surge, then the marsh will slowly creep upslope where it can as sea level rises.

For more information about this project, please contact LeeAnne at lhaaf@delawareestuary.org.