Working in tidal wetlands, we all know to watch the tide both for safety, sampling, and science reasons. But what do we really know about how tidal wetlands are inundated? The dynamics of the ebbing and flooding tide in deep (> 1 meter) tidal channels is a relatively well-known hydrologic process. However, our knowledge is limited for flow in shallower channels and on the marsh platform, partly due to limitations of our instrumentation. For example, does water flow over the banks of the larger channels before spilling over from smaller ones? Or, does water flow out of the landward end of channels before spilling over the sides?

Most models in the literature describe water spilling over the banks of larger channels. Collecting in situ data to quantify hydrologic processes, including inundation of marsh platforms, is difficult due to soft sediment, shallow water, tides, and the spatially dynamic nature of shallow water flow. Environmental thermography is a technique that can overcome these obstacles by imaging inundation of tidal flats and the marsh platform from a ground-based remote sensing platform. A thermal imager records a time series of images by sensing temperature with time in every image pixel over a broad area. Imaging is best from a high platform like a ground-based tower or helikite (balloon with wings and string) that can stay close to one position. Drones can supplement the work but are limited by short flight times (half-hour). What makes this technique so amenable to tidal wetlands is the ability to collect imagery at time-scales (minutes/hours) below those of the dominant stresses on the system (semi-diurnal tides, day/night), unlike thermal sensors on aerial or satellite platforms. 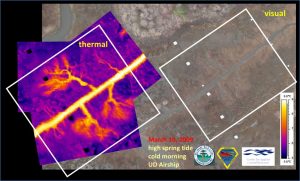 Figure 1. A comparison of thermal and visual images during a flood tide in a marsh along Brockonbridge Gut in Kent County, DE.

Two examples are shown in the figures: one from a decommissioned airship (Figure 1), and one from a bucket truck (Figure 2). The images from March 2009 are a snapshot taken during flood tide in the marsh along Brockonbridge Gut in Kent County. Warmer temperatures (water) are orange and cooler temperature (marsh and mudflat) are purple. The inundation pattern is not visible in the visual image, but it is clear in the thermal image that tidal water flows into distinct channels then “feathers” out near the headwaters of these channels.

Figure 2 shows a sequence of images collected over one hour in June 2009 in a marsh along the Murderkill River in Kent County. Warmer water is yellow, orange, and red, and cooler marsh is blue and black. The flooding tide first enters the area from a ditch, seen as the yellow linear feature on the right side of the image at 9:45 pm. But the bulk of flow, seen as warmer water entering from the lower right corner at 10:15 pm, is from another ditch that is out of the image to the right. 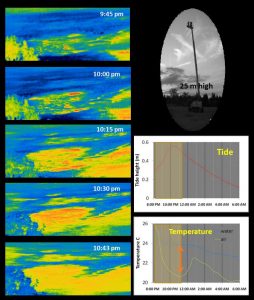 Figure 2. A thermal image sequence at a marsh along the Murderkill River in Kent County, DE.

Currently, the nature of shallow water flow on the marsh platform remains largely uncharacterized. The capabilities of both models of hydrodynamic flow on the platform and models of salt marsh evolution (e.g. accretion/deposition, formation of channels) are outpacing the data collection required to validate those models. One of our goals over the next few years is to use environmental thermography to help constrain some numerical models that explicitly model flow on the marsh platform. This will provide resource managers with better information on the dynamic hydrologic processes in tidal wetlands and relationships to sediment accretion/erosion, biogeochemistry and water quality, ecological function, and impacts from anthropogenic activity, climate change, and rising sea level.