Microplastics: Where will they end up next?

Ahh the average morning routine- drinking some coffee, making lunch, brushing your teeth, and washing your face- unknowingly rubbing tiny pieces of plastic on your face, and teeth! 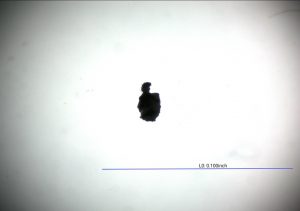 Fortunately, due to the Microbead Free Waters Act there is a ban on microbeads in tooth paste and facewash, but the sink drain is not the only way microplastics get into the environment (Pallone, 2015). The microbeads that USED to be found in products like this are just one form of microplastic.

Plastic does not biodegrade once it enters the environment, however, over years of sun and water exposure it will photodegrade into smaller and smaller pieces that likely never disappear, and only get smaller. The lightweight nature of plastic means it can be easily carried by wind and water, meaning when litter is thrown out the window in a city in the middle of the country it will most likely find its way to the ocean. 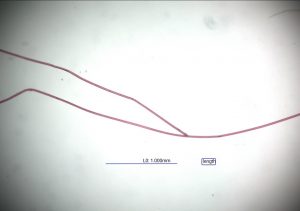 Scientists are now starting to study microplastics and their movement within the ecosystem, as well as their impacts to wildlife and habitats. Through these studies scientist have discovered that microplastics are being ingested by the smallest of organisms, zooplanktons, which are arguably the building block of the entire ocean food web (Cole et. al, 2013).

The Delaware Coastal Programs (DCP) is delving into the issue to develop baseline data and information about the abundance and locations of microplastics in the state. Through research on microplastic identification methodologies and quantification DCP hopes to discover the fate of these microplastics and where they are building up in our ecosystem. Identifying the sources and sinks of microplastics is the first step in tackling the issue. 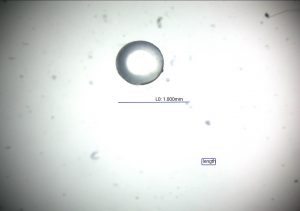 The DCP study started with sand collection on three beaches of Kent County, Delaware and has expanded to water and sediment samples in the St. Jones estuary. The initial phase of the study is developing guidelines for sampling and identification methodologies for the state. The next phase occurring in the fall of 2018 will include microplastic quantification on those beaches of Kent county and further exploration of microplastics in sediment and water of the estuary.

As we continue to learn more in this emerging field, scientists are still trying to figure out what these tiny pieces of plastic mean for the health of the ecosystems, wildlife, and humans who ingest seafood. But you can help too!  The next time you have plastic to throw out, try recycling it so it doesn’t end up in our ecosystems!